Well, as ever, I wasn't expecting to have such a big gap between this post and the last post. The other day, I was thinking about how much CP Teens UK has changed and developed in 2015, which can maybe explain my 'lack' of blogging? When CP Teens UK first started out back in 2013, this blog was very much at the centre of it all. I'd like to think that this blog is still very much a main feature of CP Teens UK, however, this year, the focus has very much turned into actually making things happen for teenagers & young people with Cerebral Palsy, e.g. the Ball and the CP Teens UK RaceRunning Club.

I always worry when there are massive gaps in the blog, but a lot of 'work' for CP Teens UK now happens behind the scenes, i.e. not all of the work goes into the blog anymore. My New Year's resolution is going to be to try and update the blog more often - we all benefit from different things and I know that for quite a few of you, the blog is the main thing you benefit from!

Combined with the shift moving from the blog to actually making things happen, University has gone and 'turned the fire up' to a level I wasn't expecting - I am roasting, haha! I found my first year challenging, but a 'good' challenge if that makes sense? Well, second year is like trying to complete a total wipe out course ... with Cerebral Palsy - literally, haha! (How cool would that be, Cerebral Palsy Total Wipe Out?!). Half of the time, I literally have no idea about what the tutors are going on about! But, it looks as if I'm in good company as the majority of the students seem to share my feelings, so all is well!

I know everyone seems to say this but I cannot believe it is Christmas. This Christmas, in a moment of madness I decided that for the first time ever, I was going to attempt ('attempt' being the key word!) to wrap the Christmas presents I have bought ... literally the worst life decision I have made to date! I thought I'd make it all 'Ellie friendly' and from Amazon I ordered sellotape stickers and a paper cutter, which is supposed to cut your paper safely as you drag it a long like you would a pen. Lets just say I have been a victim of false advertising! The sellotape stickers wouldn't even be capable of sealing an envelope, that's if you can even a) see the damn things, and b) get them off the sticky sheet, and as for the paper cutter, it just likes to screw your paper up and eat it!

So, I had no choice other than to resort to the traditional method, which in my case involves cutting into the wrapping paper and then tearing the rest off, and getting frustrated with screwed up balls of sellotape! I think we all know from a mile off which presents are from me under our tree this year! All Christmas Day I think I am going to be saying, "It doesn't matter what is inside, just appreciate my quality wrapping!", haha!

Not to sound as if I am about to deliver the Queen's Speech, but as we are very nearly in 2016, looking back at 2015 it has been a great year for CP Teens UK. Here are the 'top' moments:

A day held by British Athletics to get disabled people into Athletics. CP Teens UK was invited along to support the day.

CP Teens UK had a stall at the UK's only music festival for people with disabilities. It was CP Teens UK's first ever stall.

The cream tea took place on the hottest day of the year and over £500 was raised for CP Teens UK.

A very successful RaceRunning Taster Day took place at the EIS in Sheffield, which led to the creation of the CP Teens UK RaceRunning Club, which currently has 4 athletes and is England's first club. Matthew, club athlete, and I were both selected to represent the country at the World CP Games and returned home with 6 medals between us.

A strong team of 6, including me on my RaceRunner, ran the 2 mile run for CP Teens UK alongside the Accessible Derbyshire team.

CP Teens UK's second birthday was marked by the fabulous CP Teens UK Ball. 150 guests filled the Casa Hotel, including Sophie Christiansen OBE. Fantastic speeches were given by both Sophie and Gillian Scotford, Co-Founder of Accessible Derbyshire. CP Teens UK Ambassadors, Chloe Tear and Cat Lee attended, and CP Teens from across the country were finally able to meet in person. Over £7,000 was raised for CP Teens UK! 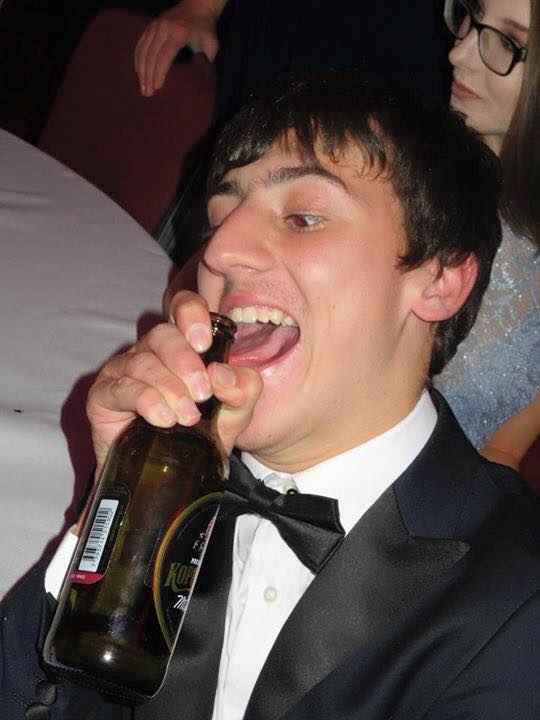 To my complete shock, I won the Jack Wills Young Brit Award 2015 for CP Teens UK. 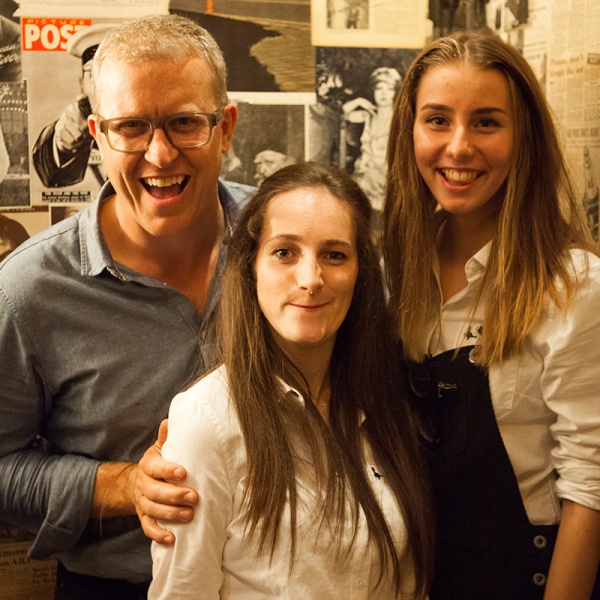 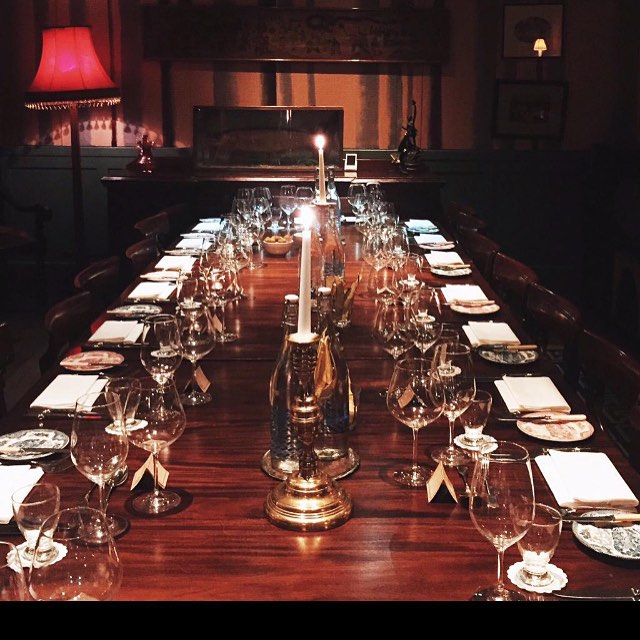 I was lucky enough to go to one of Jack Carroll's shows, and my best friend decided that Jack should know all about CP Teens UK and we managed to get a selfie with Jack!

More on this in the New Year once the new Ambassadors have been contacted and appointed ... all to be revealed!

2015 has been a remarkable year for CP Teens UK, and as ever, I'd like to thank you all as without you, CP Teens UK wouldn't exist! ... I've just read that back to myself, I've basically thanked you all for having Cerebral Palsy, haha! You know what I mean!

2016 is already to set to be an exciting year for CP Teens UK. With charity status on the horizon and some events already in the calendar, it is going to be a busy year again. You might want to put Sunday 6th March in your diary - The Sponsored Wobble is back and it is even bigger and better than 2014:

Please do contact me is some way, shape, or form if you wish to take part!

Also, the CP Teens UK Ball will be on Saturday 8th October 2016 next year. I have not done any of the promotional artwork yet for the Ball as I am not that organised! But, it is worth putting it in your diaries now - I will release tickets Jan/Feb time and hopefully by then I will be able to confirm 2016's Celebrity Guest!

I will not now be blogging until the New Year as I have just short of 9,000 words to do for University over Christmas and no clue of where to start - I can feel the tears and tantrums coming on already! I will however be updating the website for 2016, and as ever, the CP Teens UK Facebook and Twitter is live - just remember though, I do have to sleep and eat my turkey at some point!

Here is the last guest blogger of 2015, Kate Pearson:

"I am going to follow the format of usual disability blogs. I have moderate Left Hemiplegia, Cerebral Palsy. The movement in my left arm and leg is very limited. This means walking is also extremely difficult. That is a mouthful. A more interesting fact is, I am currently in my final year studying Textile Design at Nottingham Trent University.

I really enjoy the textile design course. I love researching design, playing with colour, using pant and exploring materials. The other important area of my life is sport. I have done disability swimming since a young age. The feeling of being in the water is amazing. My cerebral palsy means my muscles get really tight. When I am in the water, my muscles feel so much more relaxed.

For me exercise is just as important as doing university work. The two go hand in hand. I truly believe that if I did not swim, I would not be able to go to uni. The difference in the tightness in my muscles, after swimming is incredible. Disability sport is also a fantastic social opportunity and confidence booster. I have met many fabulous friends, through the world of disability swimming. I have learnt a lot about my disability over the past few years. I have always been very determined, strong minded and independent. Although the thought of university was terrifying, cooking for myself, going to clubs and living independently. How would I cope?

Before university I had not cooked anything apart from pasta and never stepped foot in a club. The combination of me having no balance, stairs and alcohol. That is surely a recipe for disaster? I always try and say yes, to as many things as possible. So during fresher’s week, this was no exception. I went to four club nights. It was very tiring and my legs ached like crazy. It was so much fun and I felt included.

There is loads of misconceptions about university life in 2015. We all apparently drink a lot, sleep a lot and never go to lectures. I have learnt that there is many different people at university, with lots of different personalities, experiences and lifestyles. I have realised like some of my uni friends, I prefer bars and cocktails! With the occasional club visit, after a few drinks.

I guess what I’m trying to say is, I try not to let my disability hold me back. Yes there have been dull moments, where I’ve got so overtired, that I have ended up crying myself to sleep. It is really challenging trying to fit everything in, all my university work, hospital appointments, doing everyday tasks and trying to have a social life. As these challenges have appeared, it has slowly boosted my confidence and sense of independence. Yes I can live independently, be happy and survive! My advice to other young disabled people would be to give anything a try as you do not know what you are capable of until you try."

That question that nobody dare ask!