So, when I set up CP Teens UK in 2013, I was looking for other young people out there who have Cerebral Palsy. At this time, I literally thought I was the 'only person on the planet' with Cerebral Palsy - I only knew of one other person. While our friendship was fantastic, our types of Cerebral Palsy were literally miles apart in the way we were affected and there was a 4-year age gap between us - I was 18 and was experiencing things that my friend hadn't even had to think about yet - including, how on earth do you do tequila shots through a straw?!

Haha, I just do not know where to begin! Anyone who knows myself & Matt always says 'oh god!' whenever they see us together! 9 years ago, when Matt was 10-years-old, an accident left him with a brain injury resulting in 'Cerebral Palsy'. But, this, in my opinion, only made Matt even greater. I didn't obviously know Matt prior to his accident, but the things he has done and achieved in the time that I've known him have been amazing.

I was originally 'aware' of Matt when I happened to watch the 2014 BBC Children In Need Rickshaw Challenge on the TV. Little did I know that one day he'd be my partner in crime! From forming the first ever England RaceRunning team at the 2015 World Cerebral Palsy Games to him 'rescuing' me from an aeroplane toilet as I couldn't open the door at 30,000 feet, we've done it all!

We have become so much of a comedy double act that even when CP Sport were choosing their first Young Sporting Ambassadors, apparently the whole office at CP Sport said "you can't have one without the other!".

When we're not RaceRunning, you will find us at the pub - but, perhaps this needs to be more of a rarity now that RaceRunning is an IPC sport?!

We wobble (literally!) around like a old married couple - I will shout at him for not doing his jacket up properly and he will *attempt* to carry my things, with 'attempt' being the key word as he's no more physically able than I am to carry stuff, haha! ... It's the thought that counts!

We get funny looks whenever we're together - a hilarious combination of "how drunk are they?!" and "aw, look at them trying to help one another", when actually I'm calling him every abusive name under the sun and he is trying to shove me deliberately off my chair! 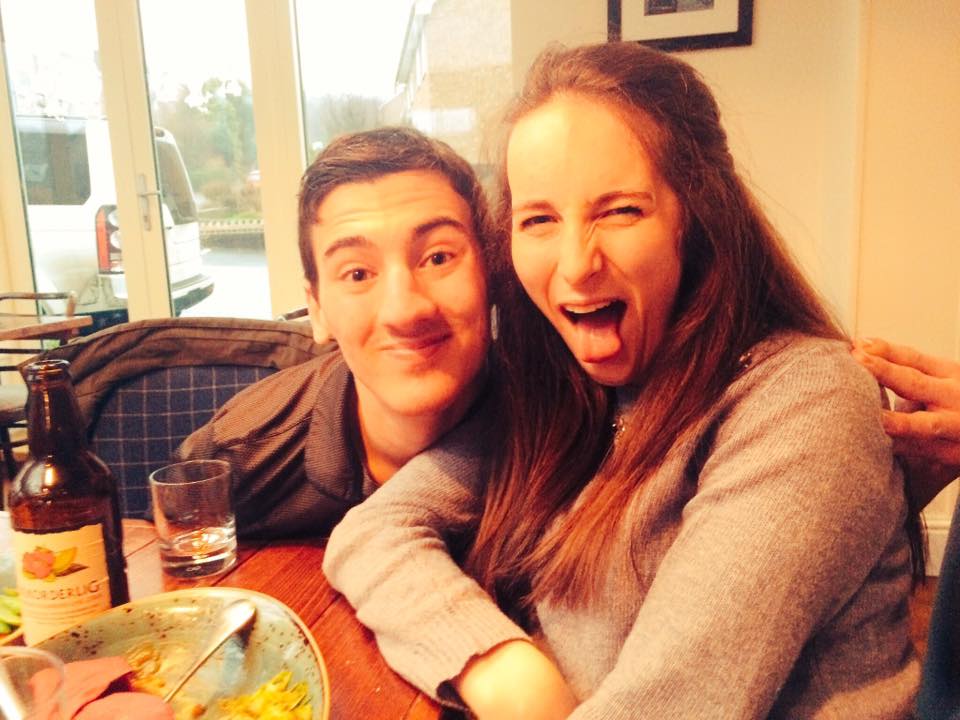 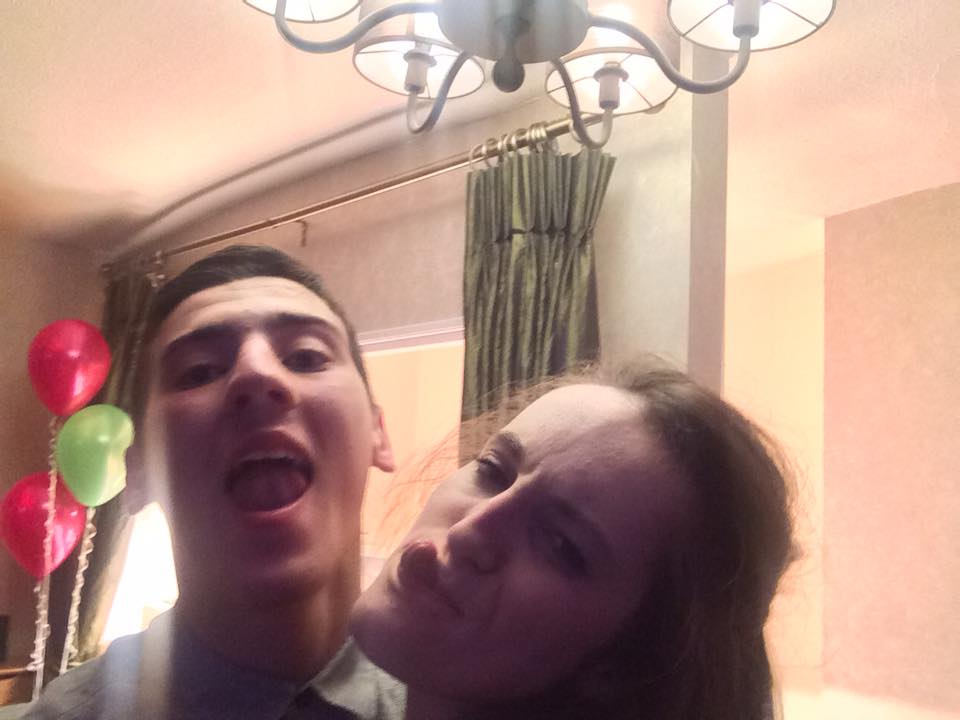 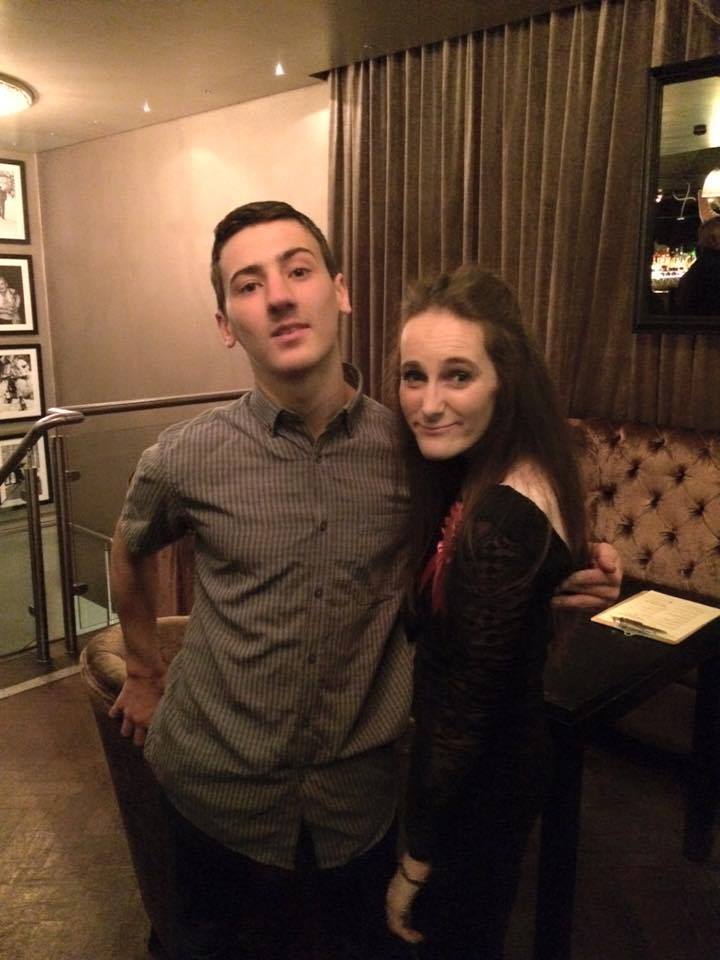 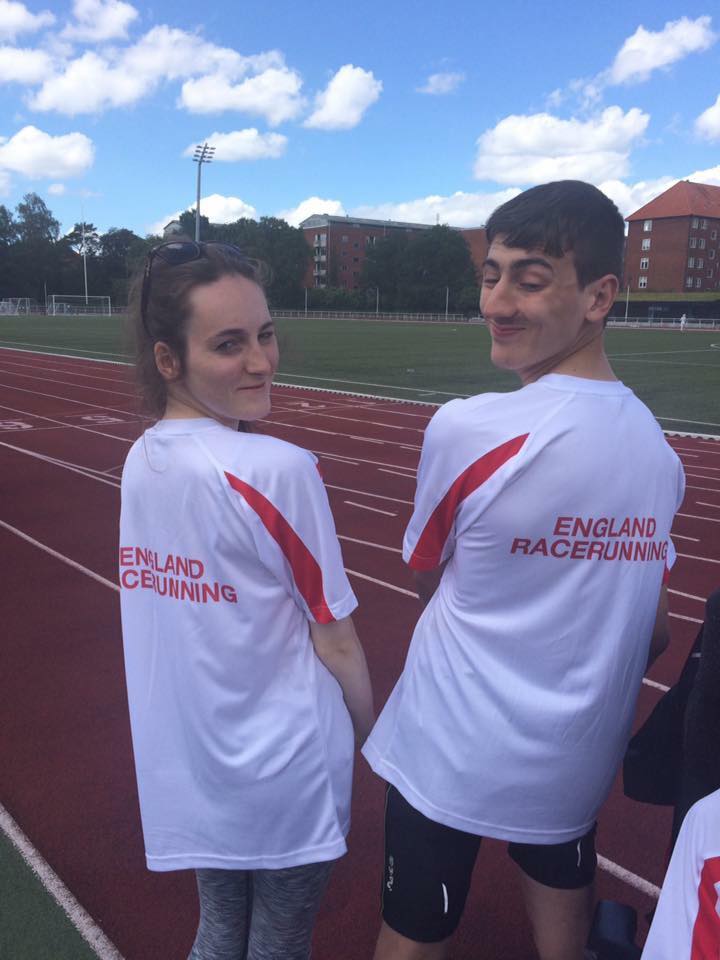 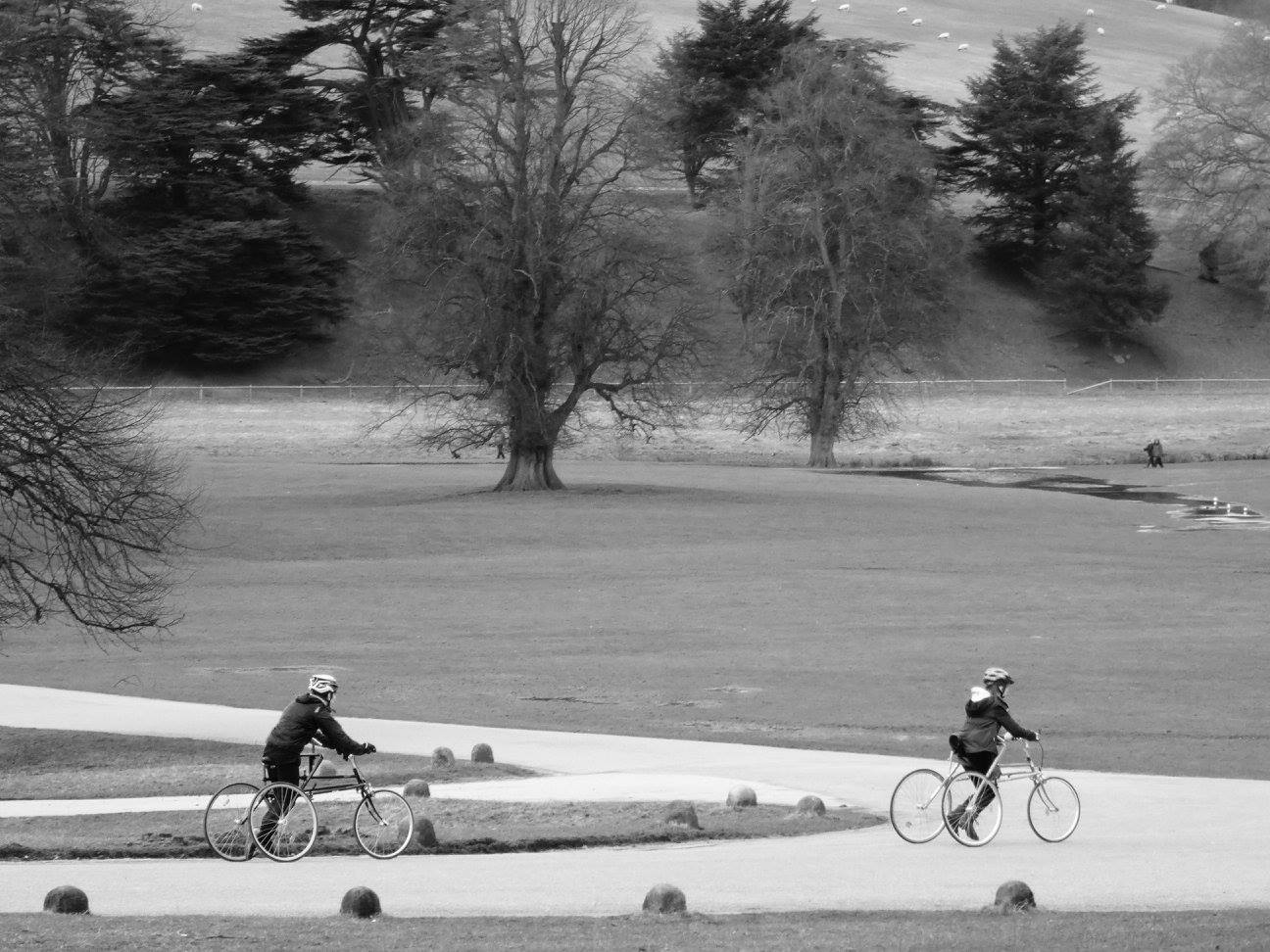 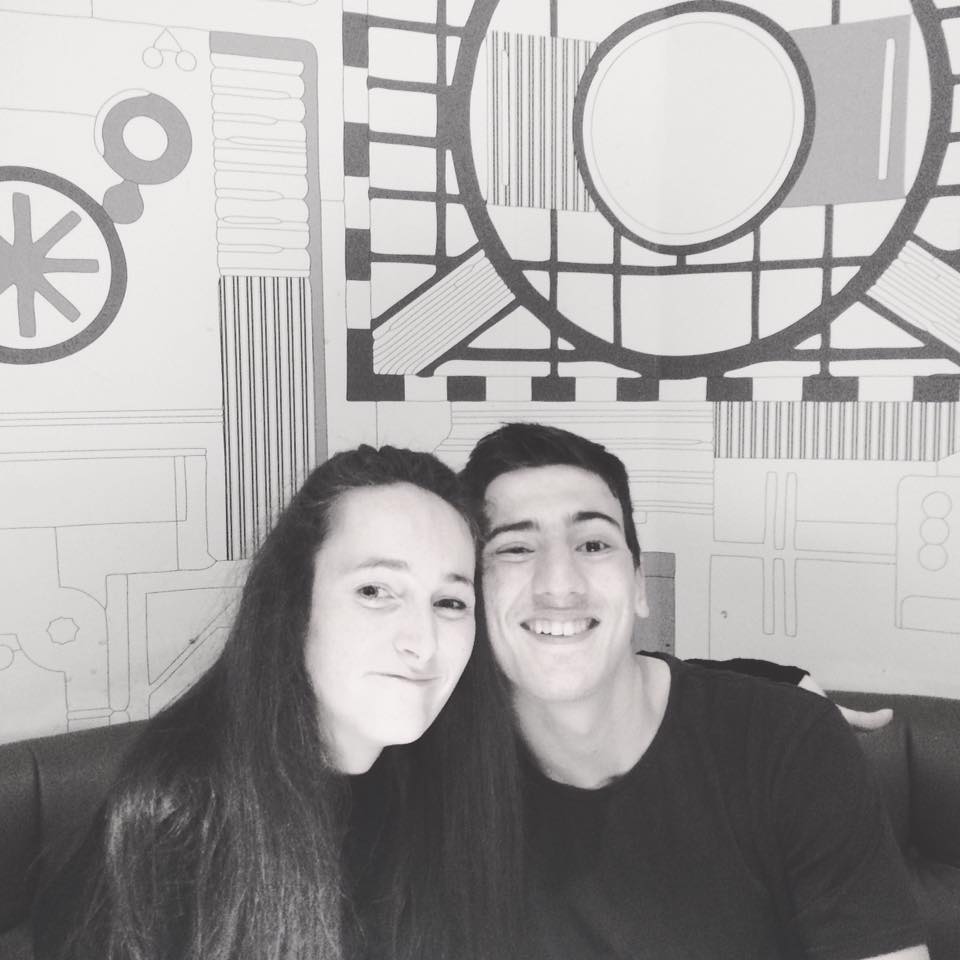 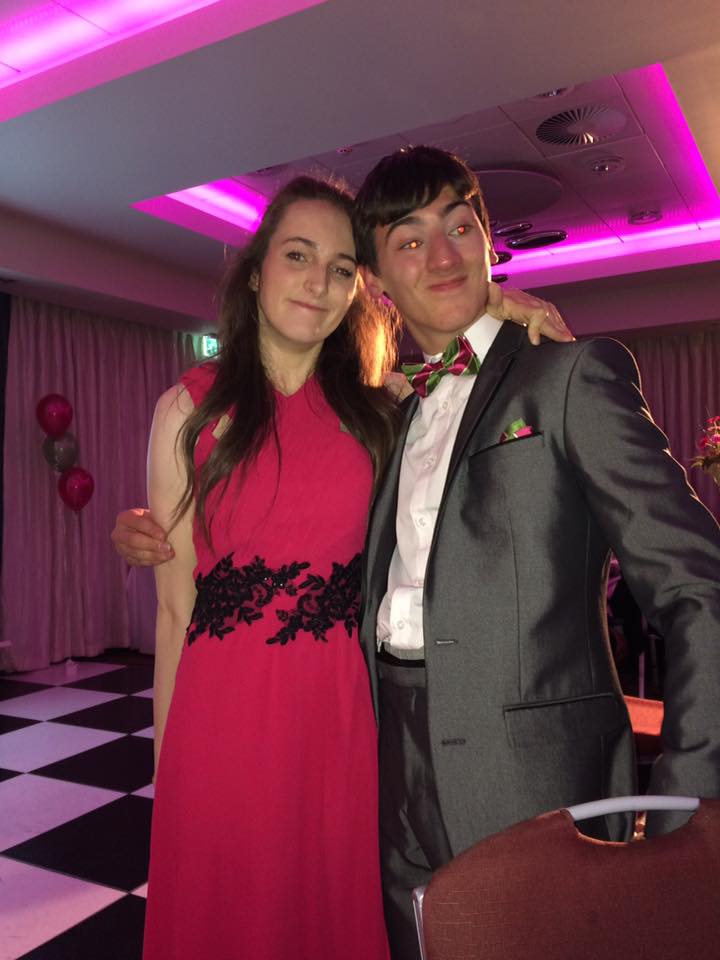 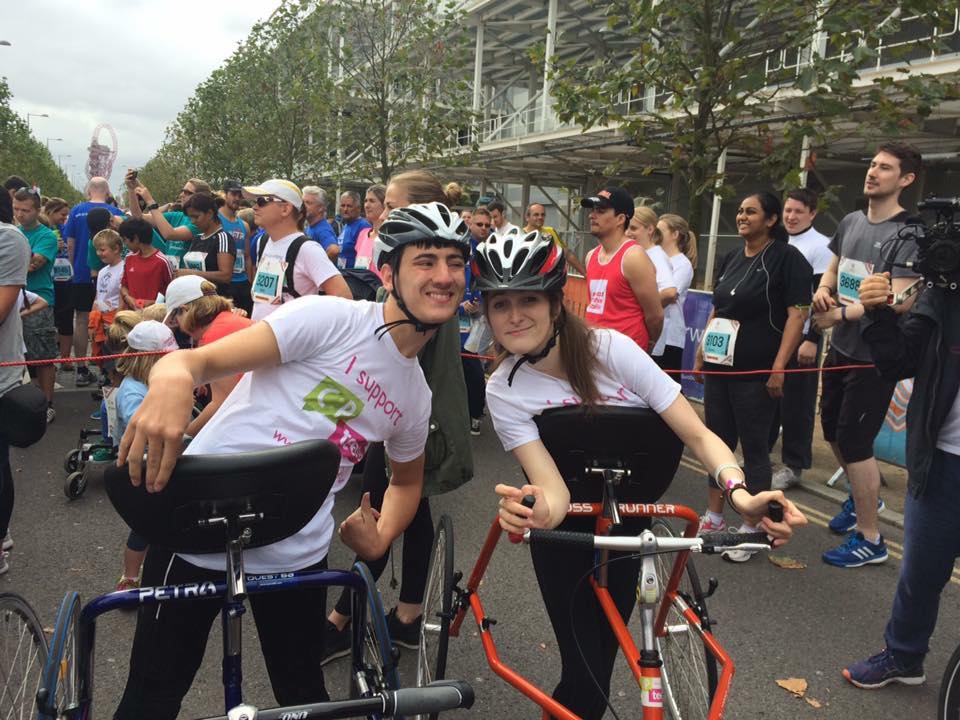 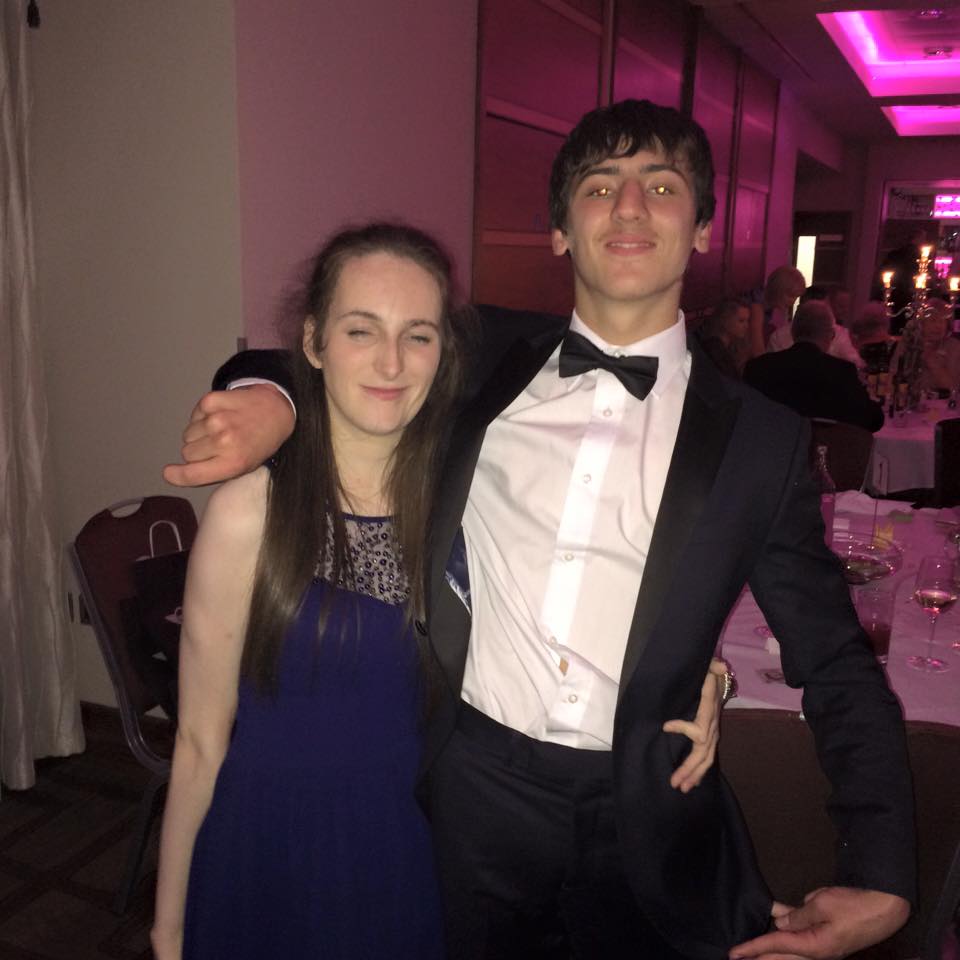 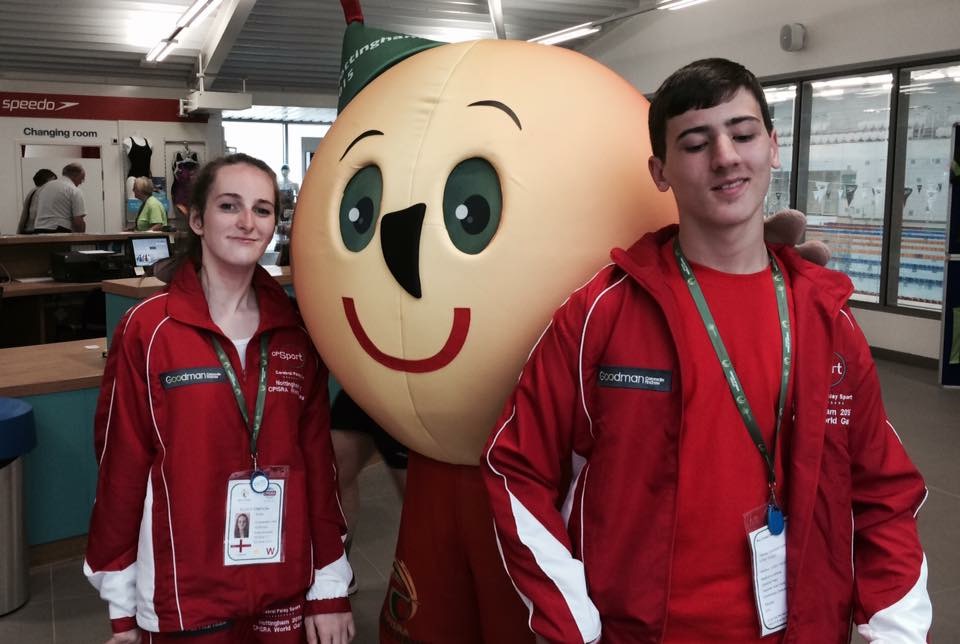 Whenever I'm down, I just think of Matt and I am instantly in fits of laughter. I am so looking forward to going to Barcelona with him next August (and Rafi!) for the World Cerebral Palsy Games!

Oh Rif Raf! Rafi actually was the inspiration for this post as last night, I went to see him in a fashion show for his modelling. I'll be honest, as a fellow person with balance issues, I was kind of just going for a giggle to see my wobbly friend attempt to get down the catwalk upright! I never, ever use this word in relation to disability as a person with a disability myself, but it was so inspiring. At the end of the show, Rafi and his family were asked to the front of the stage. Rafi is currently being filmed for a CBBC documentary, so I just assumed that it was for this.

Oh my word, my MAC mascara (which, as ever, took me ages to apply and nearly cost me an eyeball - as well as an arm & a leg at the time of purchase!) was not prepared for what was coming next. As I said earlier on in this post, yesterday marked 5 years since Rafi's brain injury after he became ill and collapsed at home. His story was read out on stage and although it is an incredibly moving story, I wasn't hearing it for the first time like the rest of the audience and pretty much all of my friends have some kind of story, including myself, so I must've looked like the ice princess! But then the whole team from Sheffield Children's Hospital who cared for Rafi and saved his life 5 years to the day, surprised him on the catwalk! It was one of the most amazing, emotional moments to watch. I was just waiting for Holly Willoughby to pop out like "well, surprise surprise!"

Rafi and the team from Sheffield Children's

Rafi is genuinely one of the funniest people I have met and he has a heart of gold (so do you Matt before you have a go at me!). Rafi will often text me just out of the blue to say "goodnight Ellie".

He will also often text me hilarious photos of situations we've been in together - often the victim situation is Denmark where we went last year together and lets just say, we were less impressed with our 'accommodation'! We spent the whole week taking photos pulling 'help me' faces in various places, including the 'luxury' outdoor showers and we even nicknamed the England team 'bedroom' (yes, we were all sleeping in one room, which was actually a classroom, on camp beds) 'the suite'!

We have our private jokes, including 'we are back' and once I say this, Rafi will burst into song! Wherever we are, I can always hear his Mum not far behind like "Rafiiiii!" (to be honest, the same goes for Matt and his Mum, but probably even more so!). 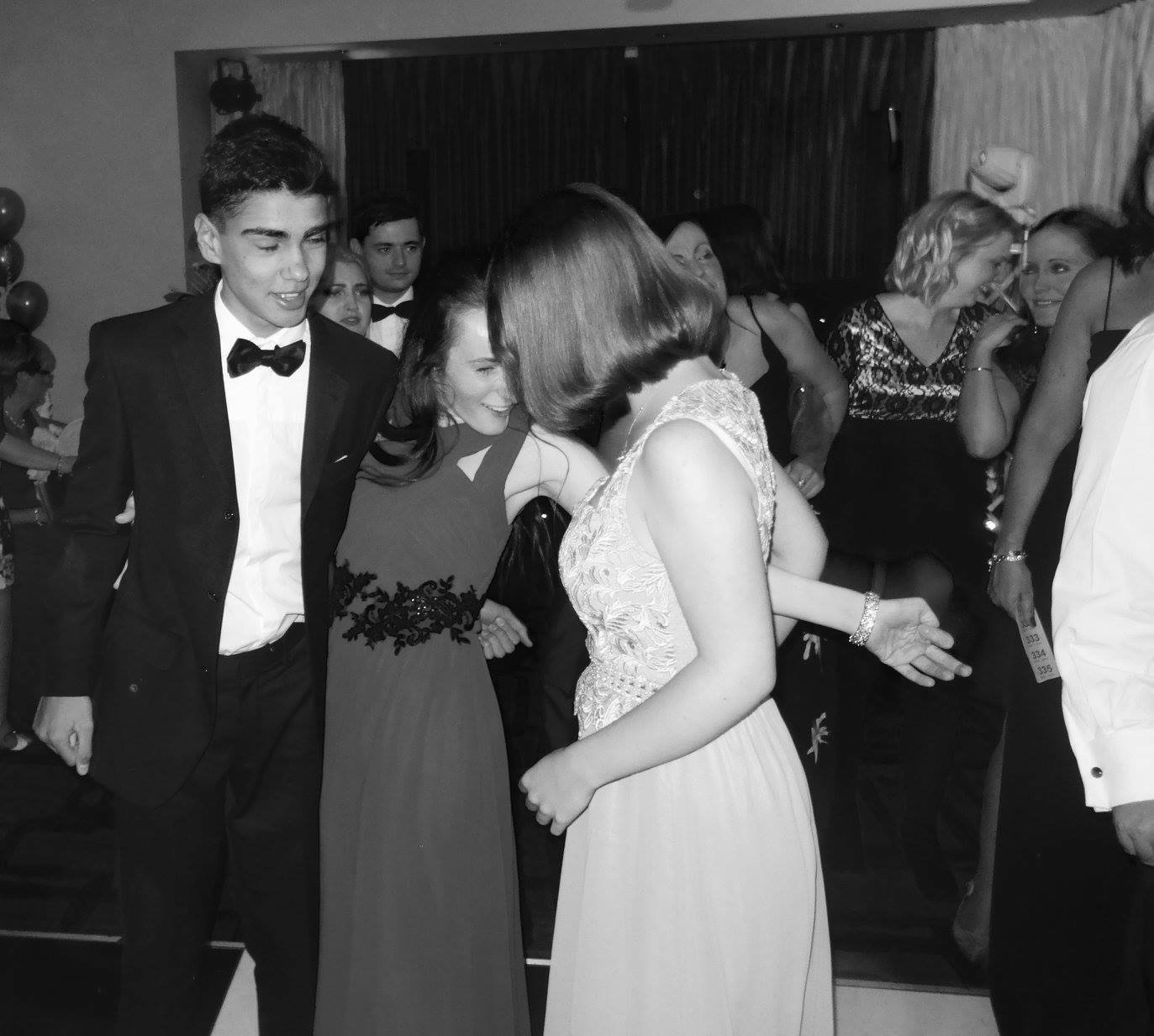 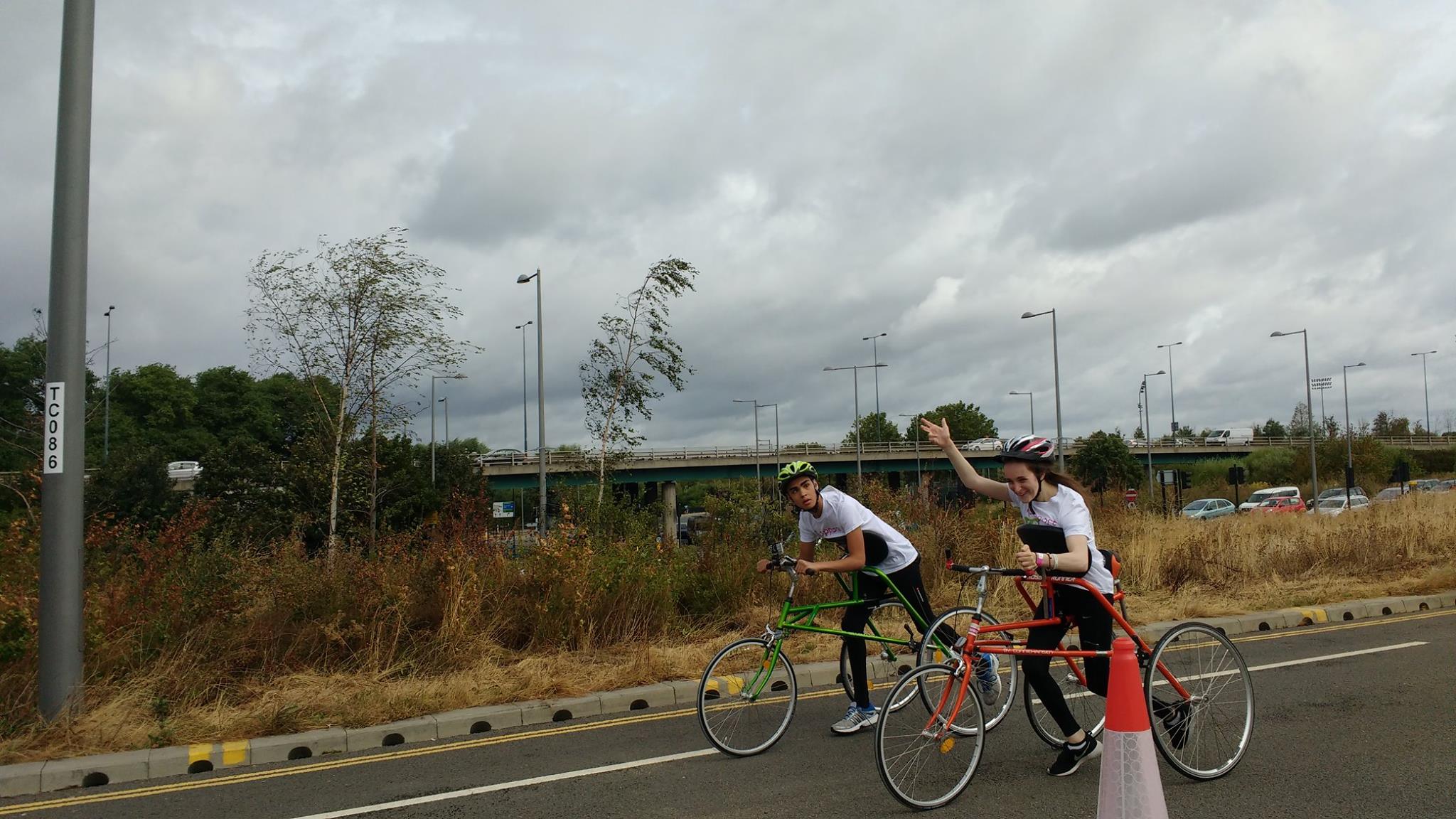 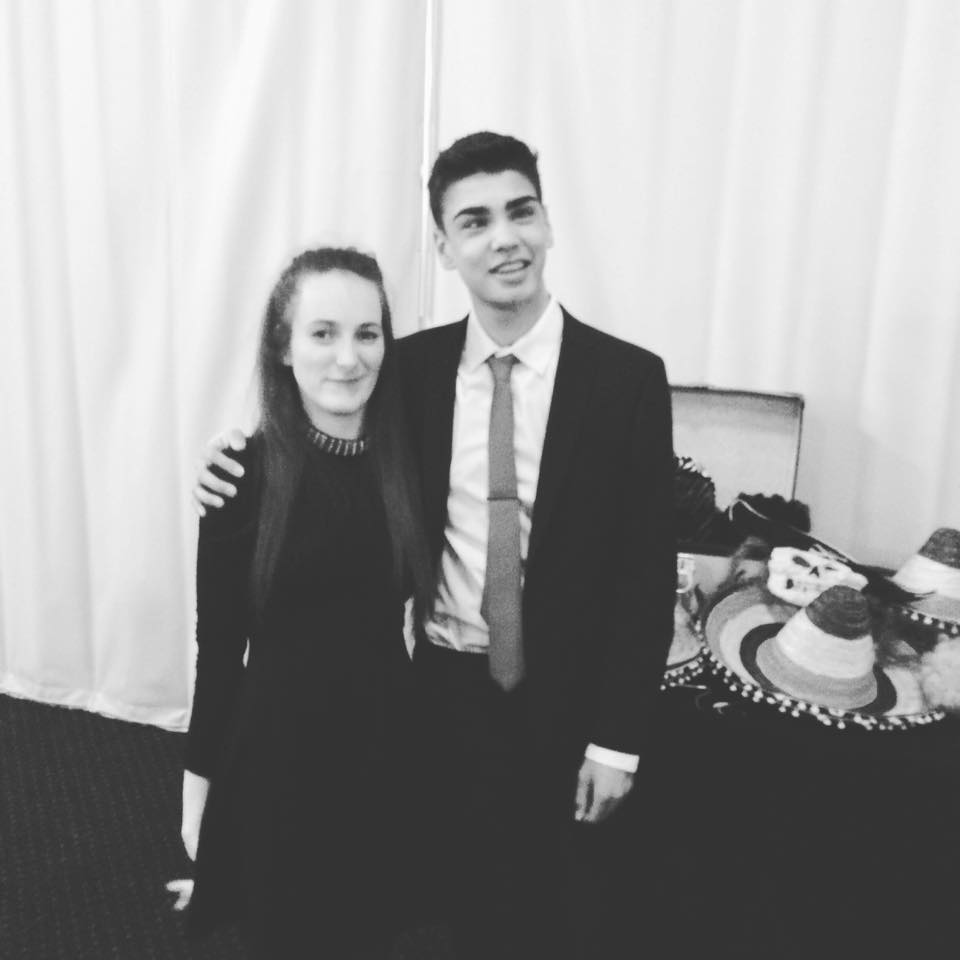 I am so proud to know these two young men and to be able to call them my best friends. They are real life superheroes and they both really look after me. In Denmark, when our 'luxurious' accommodation combined with being reclassified, being fed pickled fish at every meal (hahaha Rafi, pickled fish) and being away from home all became all a bit too much, I suddenly felt two sets of arms reach around me and it was Matt & Rafi. They remained there until I stopped crying, handed me a cider (well, more like chucked it between them and drowned me in it, but again it's the thought that counts haha!) and Rafi promptly said "sorry duck, you've missed the pickled fish as you've cried through dinner!".

Their sense of humour, their desire to succeed and determination is incredible. I've had Cerebral Palsy since day 1, so I don't know any different. But, both Rafi & Matt have had truly life changing events yet they have gone on and embraced what has happened to them and just got on with things. 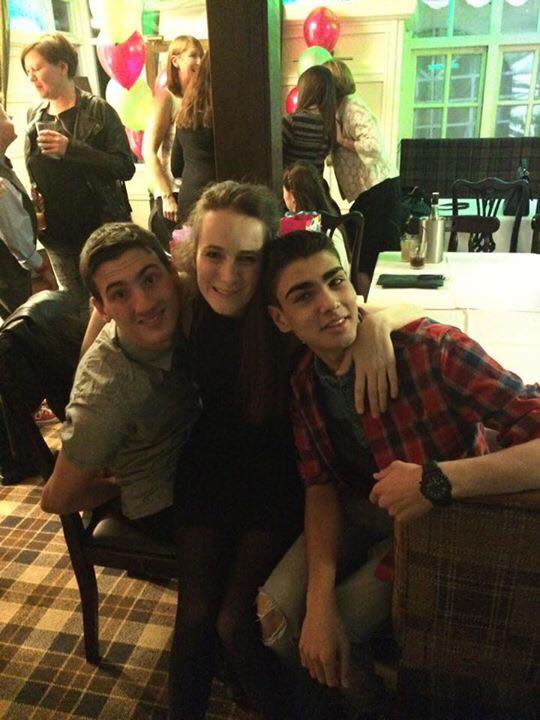