So, as the blog title indicates, this blog post is going to include a little bit of everything that has been happening recently. I couldn’t decide on one specific thing to focus on, so I thought why not go for a bit of a pick and mix?

Since I have got back from New York, it’s been non-stop! As I said in my last post about New York, this was the first time I set an ‘out of office’ response, so combined with the fact that I totally underestimated jet lag, once I was back to ‘work’ there was a lot to catch up on!

A couple of weeks after returning from New York, it was the second event of the year for CP Teens UK with the Quiz. It went really well and was very well attended! The Quiz, like the Ball, is also a fundraising event for the charity as well as a social get together for ‘CP Teens’.

There was also the second CP Teens UK Get Together in London at the Westfield Shopping Centre, which was great! The next one is on Sunday 12th May at Windsor Castle and the one after this is on Sunday 16th June in Huddersfield. Please visit the Events page for more information & don’t forget if you want to come along, you must register by emailing office@cpteensuk.org

I also went to Naidex last month. You’ve probably heard of Naidex, but for those of you who haven’t it is a big (extremely big!) disability exhibition. Everything worth having, everything worth knowing, and big names in the world of disability come together for 2 days at the NEC in Birmingham. It sounds sad, I know, but I was so excited to go! I’ve always been enthusiastic to find and discover gadgets, pieces of equipment etc. to enable me to become more independent, especially as I approach the grand old age of 25 (half way to 50, argh!). So for me, Naidex was possibly the equivalent of a kid at a theme park, haha!

It gave me the opportunity to look at power chairs. As I have become older, I have totally changed my view on having a power chair. When I was moving up to secondary school (many moons ago!) I was having power chairs pushed in my face left, right and centre – I was told I would “never manage ‘big’ school without one”. I was at that cocky age where I was literally like “oh yeah, wanna bet?!” and I didn’t want to stand out even more. It is only with ‘maturity’ (if that’s what you want to call it, haha) I’ve come to realise and understand that actually a power chair could be a real enabler. I have a manual chair, which I do rely on when out and about, but I can’t self-propel it – I have to be pushed everywhere. So, a power chair would give me control. However, at Naidex, it was confirmed that I would require a hoist in my car – there’s absolutely no way to lift a power chair. You also can’t bump them up kerbs, steps etc., which would be a problem.

I then found a fantastic halfway house! You can get attachments that you can clip onto manual chairs to make them into power chairs. They look a bit like the front of a bike. So, I am excited to invest in one. It’s going to make life a lot easier, not only for me but with whoever I happen to be with. So often, whoever I’m with hasn’t got enough hands to push me as well as carry bags, open doors etc. I’ve been with Jess a few times in airports where she’s had no option other than to pile the suitcases up on my knee – the horrified looks of members of the passing public are hilarious, haha!

There were also seminars/talks at Naidex that you could attend. This is going to sound terribly cliché, so apologies, but I went to an incredibly inspiring talk by Liz Johnson, Paralympic Champion. I took so much away from it. Liz has Cerebral Palsy, although a different kind to mine (hemiplegia). Recently, as I said in my last blog post, I’ve been having ‘strong independent woman’ moments where I have basically been like “right, sod the CP, I can do this and I will…”, haha! I kind of was slowly coming to the conclusion that perhaps, instead of not being able to actually do something, maybe I was too afraid of what others are thinking and I’m using ‘I can’t do it’ as an excuse? This is exactly what Liz spoke about – she said that the moment she was able to not care what others are possibly thinking, she started to be a lot happier, confident and independent. It got me thinking. I was like this is me to a T. I am so often so worried about what others are thinking of me and wondering why I’m ‘wobbling’ around all over the place, when actually I just need to stop caring.

Liz is also a very successful Paralympian, and her journey through swimming also really inspired me with being a RaceRunner. Again, I really took away from what she said. I also really identified with what she said. Liz said when she first took up swimming, doing it and being among other people with disabilities was the most liberating thing she’d ever done. I totally got this because I felt exactly the same, and I still feel like this. For me, a) I’m running… me, running, fast, and b) I’m with people who you don’t have to explain anything to, they just get it.

Liz spoke about competing at the Paralympics, which is my dreeeeeeeaaaaaam! I didn’t realise, but Liz’s mum sadly passed away whilst Liz was at the Paralympics the night before her race. Instead of withdrawing, she raced the next day and won… GOLD! I was in awe!

The final thing that Liz said that I was like ‘must take note’ was that on the start line (is this the correct term for swimming?!) at the Paralympics, she was pretty chill and knew that she had done everything she could so what would be, would be. I definitely need to take note, haha! I am the biggest stress head on the start line! I think of going out of lane, false starting, tipping my RaceRunner, my hands flying everywhere, I start crying because I think my heart is going to stop, I start worrying about disappointing Jess, I start worrying about having a flat tyre, I start stressing about my startle reflex with the gun … hahahaha, it’s quite a performance within itself, I’d definitely get Gold for my start line sitcom if I could!

Now, I will jump to fashion. Accessible fashion to be precise. Recently, I was contacted by a lady called Emma from a company called Kintsugi Clothing. Kintsugi Clothing is a fashion retailer specialising in accessible clothing. Emma very kindly offered to send me one of their products to try, so I chose the wheelchair jumpsuit. Now, personally I didn’t choose it because of it being ‘wheelchair friendly’, but if you are a wheelchair user, it’s ideal. I chose it because of the nightmare I face each time I wear a jumpsuit and I need the toilet – it is an absolute logistical nightmare and I always end up having a punch up with myself in the toilet getting it on & off, haha! What makes this jumpsuit by Kintsugi Clothing so accessible is that it is in fact a two piece, i.e. a top and trousers, although it looks like a one piece jumpsuit when on! Kintsugi do a range of fashionable and accessible products, check them out here: https://www.kintsugiclothing.com 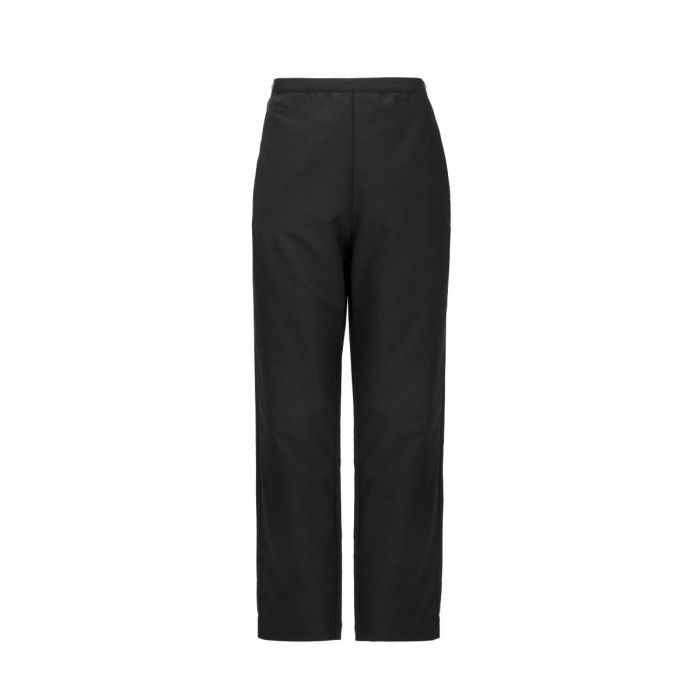 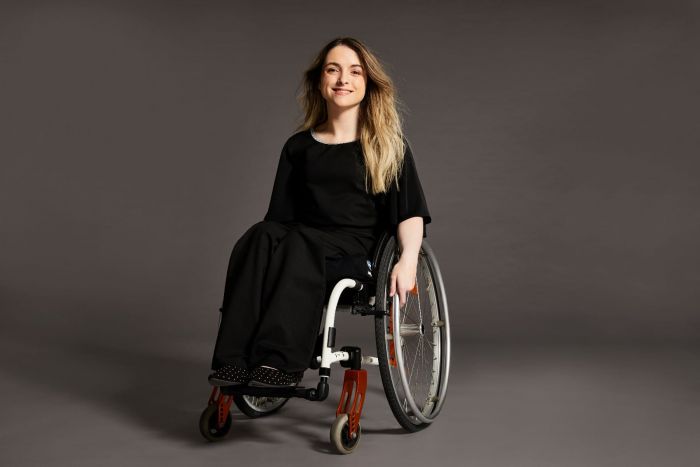 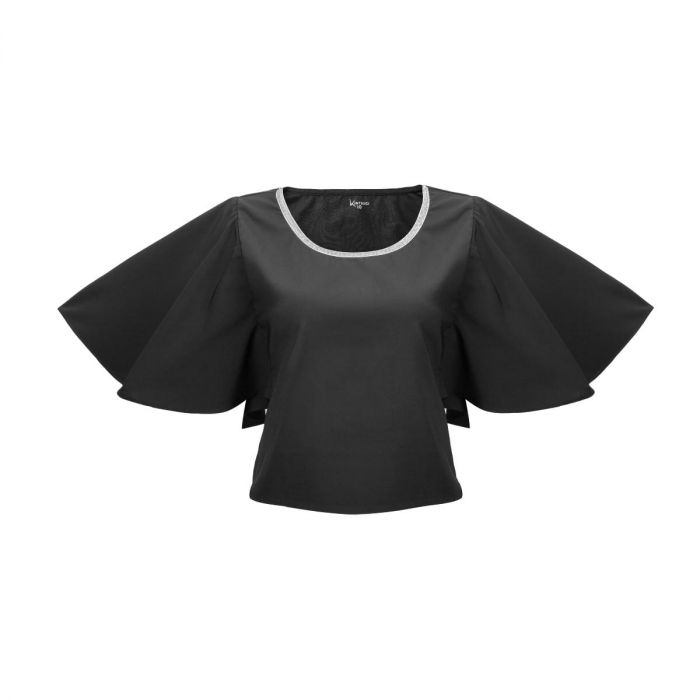 Finally, you've probably noticed, the website looks new & snazzy! It has been 'refurbished' and given a brand new, updated look. Can you believe that the old website was 5 years old?! No, I can't either! So I felt it was in need of an update. It's been made a lot easier to navigate with easier to read fonts - mainly black & bold. As I was updating everything, I realised how mismatch everything had become - it wasn't a good look! So, here's to a brand new website - I hope everyone likes it.